ELLIPSE ARTS CENTER
Thursday, June 21, 2007
TRANSFORM/NATION Opening Night
On the evening of Thursday, June 21st the Ellipse Arts Center opened its doors to TRANSFORM/NATION: Contemporary Art of Iran and Its Diaspora. This exhibition, sponsored by the Iranian Alliances Across Borders and curated by Narges Bajoghli, Maryam Ovissi, Nikoo Paydar and Leyla Pope, will by on display through August 4th. The gallery will be closed the week of July 4th. 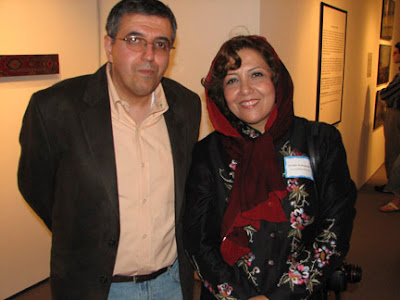 TRANSFORM/NATION artist, Farideh Shahsavarani (Right) standing with a friend, flew from Iran to attend the opening night. According to exhibition curators her six minute video work, Moutra, "deals with fundamental human issues: our relationship to the earth, specially our coming from nature and our conquering it." Farideh Shahsavarani was born in 1955 in Iran. She studied painting at the Faculty of Art & Architecture and is a member of the Graphic Design Faculty at Azad University. She is a member of the 30+ Group and has held twelve individual exhibitions and more than eighty group exhibitions in Iran and abroad. 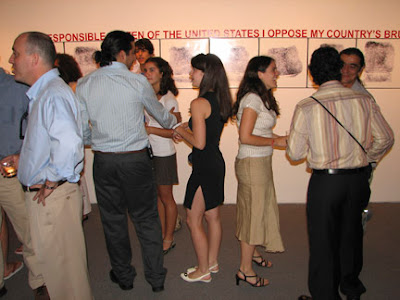 The crowd converses in front of Haleh Niazmand’s 2002 installation entitled A Stance, made of enlarged fingerprints on acetate and vinyl letters. Haleh states, “in the space between being a Iranian exile and a naturalized American there is no romance. In both positions, I feel a necessity for self-proclamation. In the post 9/11 world, when responsible citizenry here in the US and elsewhere is threatened and the democratic practice, this most coveted American principle, is becoming forgotten, I feel a necessity for voicing ones beliefs and values.” 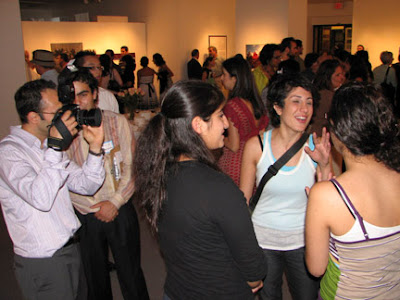 WOW! What a crowd! The opening had over four hundred in attendance. 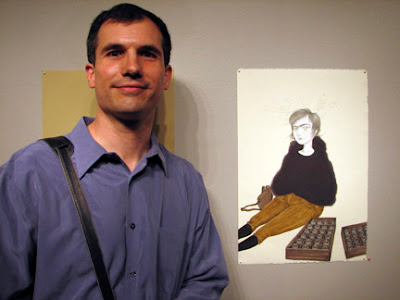 Arts patron Jonathan Miller, stands proudly with his recently acquired work by artist Jairan Sadeghi. Self Portrait with Soil Experiments is made of mixed media on paper and “draws ‘conceptually from the idea of [dis]location, migration and ethnic and gender identity.’ ” 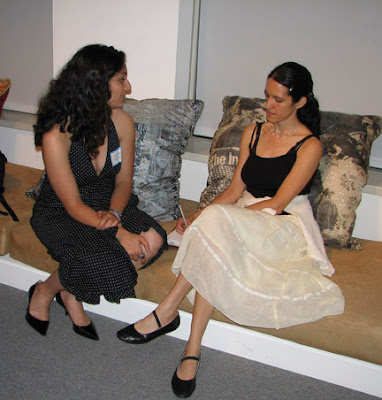 TRANSFORM/NATION curator, Narges Bajoghli (Left) is interviewed by Tara Bahrampour from the Washington Post. They lounge on pillows by TRANSFORM/NATION artist, Samira Yamin. In Samira’s work “each piece begins with a printed or painted image on a found scarf of mass manufactured fabric that appropriates a distinctly Middle Eastern aesthetic, but made specifically be Western designers for Western consumption. The printed images are of contemporary war photograghy from Iraq, Afghanistan and Palestine, enlarged, desaturated, cropped and finally framed to complement the scarf, as if it could have been a part of the original pattern.” 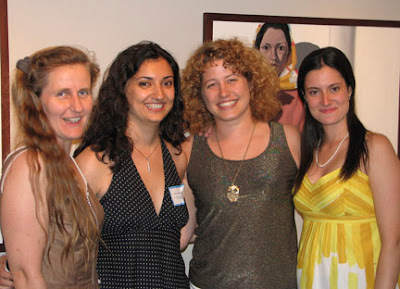 Since the 1979 Revolution, Iranians have been in a state of perpetual transition and transformation. The dramatic end of the Shah’s rule, the creation of the Islamic Republic, and the eight year Iran-Iraq war, have all contributed to the creation of one of the fastest growing diasporas in recent history. Nearly 30 years later, in an era dominated by the U.S.-led ‘War on Terror,’ contentious notions of the ‘Axis of Evil,’ and heightened global anxiety over Iran’s nuclear ambitions, Iranians in Iran and those outside of its borders are finding themselves in the throes of individual, local, national and global tensions -- they are expressing their experiences and views in new and compelling ways.

Despite living in an environment where self-expression is limited and government censorship is often physically palpable, it is the young people of Iran who are pushing limits and transforming the cultural fabric of their society. Concurrently, Iranians living outside Iran have been grappling with the reality of their dual (and often dueling) identities in their relatively newly-formed hyphenated communities, creating new meanings for diasporic identity and culture.

TRANSFORM/NATION offers the unique opportunity for these culturally related, but geographically separated, communities to interact with one another via simultaneous exhibits in Washington, D.C. and Tehran, Iran. Via photography, paintings, installations, and films by artists from Iran, Europe and the United States, TRANSFORM/NATION brings the individual experience to a global conversation about identity, nationalism, and Iran’s place in the world.

The artists for this exhibition were selected through a Call for Art process. We asked artists of Iranian heritage to address one or more of the following themes: identity, tradition, stereotypes, and society. From over 150 submissions throughout the world, we selected the following artists for the DC exhibition who represent communities across the US, Europe and Iran. 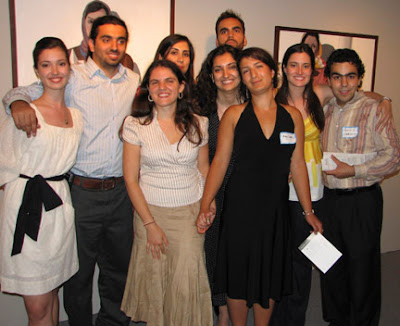 Iranian Alliances Across Borders (IAAB) staff and volunteers are thrilled with the positive response to exhibit. Established in 2003, IAAB is a non-profit, non-partisan organization that strengthens the Iranian diaspora community and empowers its youth. www.iranianalliances.org
¶ 11:59 PM

<< Home
Ellipse Arts Center is a 3,000 square foot visual arts facility managed by Arlington Cultural Affairs, Department of Parks, Recreation and Cultural Resourses. Our mission is to provide a diverse schedule of high quality programs in the visual arts, providing opportunities for visual artists, as well as developing an engaged and appreciative audience.